On Saturday, August 19, 2017, Vice Mayor Sandi Nielson left this mortal life to begin her work in heaven. Her life was dedicated to service, the Lord, the community, and the people she loved most, her family. After visits to various doctors who had no idea why she had a drop foot and difficulty walking and speaking, Sandi was diagnosed with ALS on November 24, 2015.

Upon receiving her diagnosis, she looked at the doctor and said, “I am prepared and ready to meet God and have lived a bucket-list life.” She loved to travel and visited every state in the United States as well as the following countries: Mexico, Canada, Brazil, Peru, South Africa, Egypt, Israel, Turkey, Greece and England. Her favorite memory was a hot air balloon ride in Pretoria, South Africa that landed in a prison yard.

Sandi grew up in an Air Force family and was stationed many places throughout the United States and Canada. She learned to get involved from her mother who always looked for service opportunities no matter how long or short they were stationed in one place.

While living in San Manuel, she served in the community by teaching the 4H girls how to sew, becoming the cookie coordinator for the Girl Scouts in the Tri-City area, and writing a column for the local newspaper. When her family moved to Tucson, Sandi was quick to get involved once again. She served as a Girl Scout leader for the Junior Scouts and a merit badge counselor for the Boy Scouts of America.

She was elected to the Marana School District Governing Board. She served as the Advancement Chairperson for the Boy Scouts of America Catalina Council and helped young men achieve the rank of Eagle Scout. She was awarded the District Award of Merit and Silver Beaver for her service in the BSA and also became a lifetime member of the Girl Scouts.

She was elected to the Avondale City Council and was serving as Vice Mayor when she passed away. During the last months of her life, she said ALS helped her become a better listener because people would often hear about her fight with ALS and open up to her about a problem or issue they were experiencing. She often said, “Everybody has problems, you just might not know what they are.” 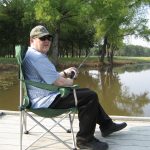 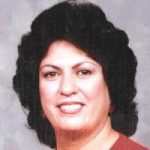